Recent studies have shown that vision and hearing loss can lead to cognitive decline. Which makes sense, if you can’t see or hear, how are you supposed to interact with the world? 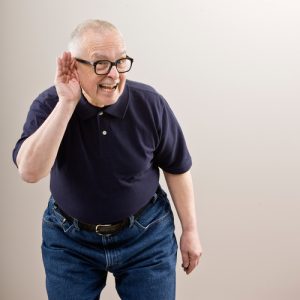 Vision and Hearing Loss Can Lead to Cognitive Decline

The brain is a complex organ. At one point or another we’ve all felt like it was too overwhelmed, and it can be. If it has to work harder to try to understand what we are seeing and hearing. Then it will be harder to process the world.

The loss and cognitive decline hasn’t completely confirmed. Many studies are gathering more evidence of the connection between the two. The relationship is important because it’s estimated the number of people with poor vision will double by 2050. Hearing loss will affect two-thirds of adults over seventy. The combination of the losses affect one in nine people age eighty and over.

One study found around 3,000 older Americans and 30,000 Medicare recipients who had poor vision was tied to poor cognition. The study used different measurements of cognitive ability. Things like memory, orientation, and planning. The results showed consistently that visual impairment did cause issues with brain functions.

“The lead author, Dr. Suzann Pershing, ophthalmologist at Stanford University School of Medicine, said that ‘while this association doesn’t prove vision loss causes cognitive decline, intuitively it makes sense that the less engaged people are with the world, the less cognitive stimulation they receive, and the more likely their cognitive function will decline.'”

A different study involved a pool of 625 elderly participants. It found that 63 percent of those with poor vision were more likely to develop dementia within eight years.

Another study focused on hearing impairment. They found that out of 1,984 elderly adults who initially had hearing loss, were 24 percent more likely to experience cognitive decline within six years. Comparing to their peers who had no hearing problems.

The adults with hearing issues had their cognitive abilities down 40 percent faster than others with normal hearing. They had more problems with memory. The more severe the hearing loss, the worse the cognitive decline was.

The bright side is that if you keep up with your eye doctor and wear proper hearing aids, you can decrease your chances of developing cognitive problems. You may be able to slow down the process.