Memory gets more precious as we age and it can feel like there is nothing we can do to restore it once it’s lost. It might not be all hopeless though. A new study says that electromagnets can help boost your brain’s memory. 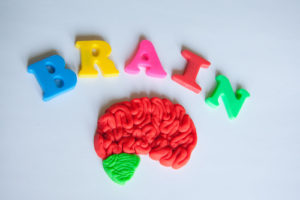 The study, published in Neurology, worked with a small group of seniors aged 64 to 80 who had average memory loss that comes with age. People’s memory got better after 5 sessions with a special device. Their improvement was so impressive that the group performed similarly to the control group of young adults.

The process is called transcranial magnetic stimulation and is already approved by the U.S. Food and Drug Administration. It’s mostly been used to help with depression.

Researchers thought that it could help wake up regions of the brain that have to do with memory. The hippocampus is a particular part they focused on because it’s thought to be the part of the brain that causes forgetfulness. Using MRI brain scans, researchers were able to target specific areas.

The stimulation happened in 30-minute sessions five days in a row. Essentially, what the researchers did was put up an 8-shaped magnetic coil against each person’s head. Because of the way the magnetic field works, no actual electricity went through their skull.

The hippocampus is too deep in the brain for the magnetic fields to touch, so the researchers looked at the area of the parietal lobe. The lobe is behind, and a little above your left ear and is connected to the hippocampus.

The participants were brought back after a day’s rest to see if the magnets had any effect.

Before the experiment, the seniors did worse on memory tasks than a group of young adults aged 25. The seniors only got around 40% of the questions right while the younger people got 55%.

After the magnets, the seniors did as well as the young adults. The ability to remember went up 31%, and on average the seniors were able to answer 43 out of 84 questions right instead of the 33 before.

Sadly, the effect didn’t last a long time. A week later the seniors’ ability to remember went back to how it was before. It could be possible that using the magnetics for a longer period of time could make the memory improvement better and last longer.

The process is very expensive and hard to come by.