New research is showing that Parkinson’s could start in the stomach. It says proteins that are a main part of the disease can come from the gastrointestinal tract and go up into the brain. The body makes a protein called alpha-synuclein, and it can be found in the brain’s nerve cell endings. When the shape of this protein gets messed up, it’s connected to damaged nerve cells, a deterioration of the dopamine system, and problems with movement and speech. All of which are staples of Parkinson’s disease. 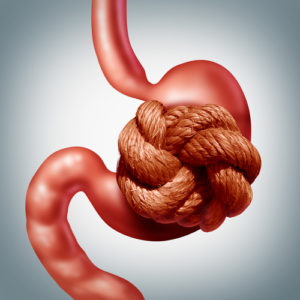 Could Parkinson’s Start in the Stomach

The research results come from studies in mice. The studies confirm a long-held theory that folded alpha-synuclein could start in the stomach and spread to the brain through the vagus nerve. A vagus nerve is a group of fibers that begins in the brainstem and sends signals to different parts of the body. The way the misshapen proteins spread throughout mice’s bodies similar to human’s bodies.

This study comes after a different one that found people whose appendix was taken out early in life have a reduced risk of later developing Parkinson’s disease. Having both these studies come out so closely helps prove each other’s findings.

How the Study was Done

The researchers introduced the misshapen alpha-synuclein to the stomach of healthy mice and followed where the protein appeared in their bodies. After a month, the protein was found in different parts of the brain stem. At three months, it was in parts of the brain like the amygdala and regions of the midbrain rich in dopamine neurons. After seven months, it was found in even more places.

The way the proteins were discovered was similar to the way markers of Parkinson’s disease are released throughout the human brain within different stages of the disease.

More work found that the mice had a drop in dopamine levels in the brain, followed by a slow loss of dopamine neurons after seven months. The mice also had issues with their motor skills, memory, anxiety, and behavior problems.

Mice who had a severed vagus nerve did not develop these proteins in their brain, damage to their dopamine system, or any other problems.