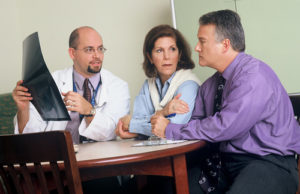 The Yale study was lead by epidemiology and psychology professor Becca Levy. Researchers looked at a wide range of past studies looking for a connection between ageism and health outcomes. The studies were done in 45 countries over 25 years.

The focus of the study was to look at structural ageism instead of individual instances. Structural ageism is a bias against older adults that’s reinforced by institutions like the government, schools, and hospitals. An example would be that aches and pains are always thought of as part of the aging.

Researchers went through 13,000 papers with analyses of ageism’s effects on a wide range of problems. They found that in 95.5 percent of the studies, ageism hurt seniors’ health significantly across different countries throughout the years.

Despite how well-known ageism is and how hurtful it is, it’s not widely recognized as discrimination. Studies on this topic are a small amount as well. It’s not considered a priority of public health research.