While NH may have the second highest senior population, Massachusetts has the largest senior prison population. It’s growing more everyday too. The question is why are there so many seniors in prison and how to do we properly take care of them? 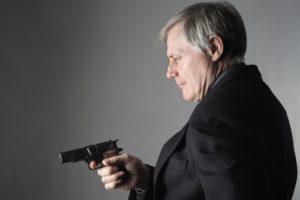 According to the state Department of Correction (DOC), as of Jan. 1, 2018, there were 909 men aged 60 and older in prison. The average age of someone in prison in the state is 42-years-old.

The oldest inmate is 95!

Problems with senior abuse in state prisons has highlighted the problems that the system faces when it comes to senior prisoners. Prisoners aged 60 and over make up around 11% of the whole population of 8,852.

Pew Researchers believe that the growth of seniors in prison is due to the nature of the crimes they committed and how long they were sentenced for. Many older inmates were convicted of serious or violent crimes in their younger years.

Between 1993 and 2013, two-thirds of people 55 or older were sentenced for a violent crime like assault, rape, or murder.