A medication mix-up can have huge ramifications, especially for older adults who are more vulnerable health-wise. In extreme cases, it can even lead to death. How do medication mix-ups happen? Well, according to pharmacists that work at chains like CVS, Rite Aid, and Walgreens, it’s due to problems with being able to do their job correctly. They fear patients are being put at risk due to this. 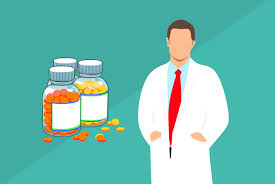 Patients Being Put at Risk Due to Chaos at Chain Pharmacies

The chaos that these pharmacists describe in letters to state regulatory boards and interviews are being understaffed, given too many tasks, and being expected to do everything quickly.

They have to fill prescriptions, give flu shots, take care of the drive-through, answer phones, work the register, counsel patients, call doctors and insurance companies while trying to meet performing metrics created by the companies. They say it’s unreasonable and unsafe.

One pharmacist goes as far as calling themself “a danger to the public working for CVS.”

State boards and associations have heard from these worried, overworked pharmacists in at least 24 different states.

Be Vigilant When Getting Medicine From CVS

The American Psychiatric Association is concerned about CVS. They say that the company regularly ignored doctors’ specific instructions to dispense limited amounts of medication to mental health patients. The pharmacy’s practice of giving three-month supplies can unintentionally lead to more suicide attempts through overdosing by these patients.

A spokesman for CVS says a system has been created to fix this problem, though the same complaints continue to come in.

Why Is This Happening?

By now, you must be wondering how can this be and why?

Regulating chains can be hard for state pharmacy boards. Why? Because while they oversee the industry, they sometimes have company representatives hold seats. For example, in Florida, the nine-member board has a lawyer for CVS and a director of pharmacy affairs at Walgreens.

It creates potential conflicts of interest, and their presence can make it hard to complain. Many people fear for their jobs if they speak up. Pharmacists, in particular, are worried and hope these boards will help them.

Officials from many different state boards say they have limited authority to control how companies run their businesses. A large number of state boards don’t make pharmacies report any errors or do in-depth investigations when they happen. Instead, any inquiries focus on pharmacists instead of the work environment.

While these companies say that patient safety is their number one concern, they also say that pharmacists don’t face extreme pressure or any retribution for speaking up.

It’s hard to calculate how many errors or their severity that happen because there are very relaxed reports and victims usually sign a confidentiality agreement to get their settlement.

The last comprehensive study of medication errors was in 2006. Back then, it was estimated that mistakes hurt 1.5 million Americans. It’s impossible to imagine how many happen now.