Seniors across the country are thinking about “rational” suicide. These people aren’t depressed, or at least most aren’t. They don’t even want to end their lives soon, but they see it as a way to avoid declining health in their later years. 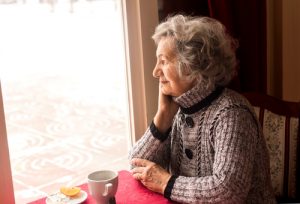 “Rational” Suicide is on the Rise Among Seniors

How can suicide be rational? Well, to some people, it can’t be. It’s easy to see why: it goes against societal norms and even the work of people who work in suicide prevention.

The idea of rational suicide is not to end your life because you are miserable, but to prevent yourself from slowly declining into misery due to age-related conditions.

The idea is particularly popular among the Baby Boomer generation because they value autonomy and self-determination. While modern medicine is keeping their bodies alive longer, it’s still struggling to keep the minds healthy longer.

A Kaiser Health News investigation found that at least a few hundred older Americans are killing themselves while living in or transitioning into long-term care. While many of the cases involved depression or mental illness, it’s unknown how many involved clear-minded people making a “rational” choice.

While a lot of people see suicide as a tragedy, these seniors interested in “rational” suicide see it as a way out.

Many people cared for their aging parents and watched them decline due to a variety of conditions. Many say that they would rather end their life than go through that or put their family through it. While they keep quiet about it, discussing this idea is rather popular among those in long term care.

One school of thought is this idea is similar to a person ending their dialysis care, which usually means they will pass away within weeks. The problem other people have with this thought is that if you don’t have a terminal illness, wouldn’t that person be throwing their life away?

Doctors Are Unsure How to Handle It

Doctors have little to no training on how to handle a talk like this. It’s important to acknowledge this as a possibility for seniors that are considering this path. This way they can talk to a professional. Dr. Yeates Conwell, who is a psychiatrist and leading expert in elderly suicide, wants to have these conversations with seniors. Conwell says,

“The balance between the wish to die and the wish to live is a dynamic one that shifts frequently, moment to moment, week to week.”

If you or someone you love are struggling with suicidal thoughts, please call the National Suicide Prevention Lifeline at 1-800-273-8255 or use the online Lifeline Crisis Chat. Both of these options are available 24/7.

Read more about this subject here.