Finding the right time to retire is an all too familiar struggle for people. Whether the decision is due to money or lack thereof,  or just simply wanting to keep working, it’s a personal choice. Though according to neuroscientist Daniel Levitin, you should never retire. 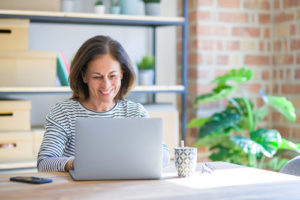 Why You Should Never Retire According to a Neuroscientist

According to Levitin, even if you are physically impaired, you should keep working in a job or as a volunteer.

Too much time spent with no purpose is connected to unhappiness. This doesn’t mean doing busywork. It means finding meaningful activities. Between 25 and 40 percent of people who retire, go back into the workforce.

Levitin interviewed people between the ages of seventy and one hundred to understand better how not retiring increases life satisfaction. A seventy-one and eighty-year-old actually increased their workload. A ninety-nine and eighty-four-year-old changed their schedules to accommodate any age-related slowing.

Some older adults shifted their priorities so that they can work and get things done. One woman, age seventy-eight, rejects many of the tests her doctor orders because she doesn’t want to waste time on something that could add a few weeks more to her life.

You can go back to school to learn something new, start a book club, or create other events that allow for interactions with others.

Of course, for a lot of people, not retiring means working. Most employers will allow older adults to modify their schedules so they can continue working. Employers are required (in the US) to make reasonable accommodations like start and end times, break rooms, or even a cot to lie down on for a nap.

Overall though, corporate America has an ageism problem. Many older adults struggle to find a job or get promoted. It’s not uncommon to see age-based discrimination despite it being illegal.

What businesses should understand is that multigenerational teams tend to be more productive. Deutsche Bank noticed this and paired up older and younger adults. They say fewer mistakes were made, and there is more positive feedback from employees.

If You Can’t Work, Volunteer

If you either can’t continue doing your job or aren’t able to find a job, there are still ways to do meaningful work. Become a volunteer for a cause that you believe in or that uses your skills. Some people have read to underprivileged children, others have tutored children, some people make blankets and hats for premature babies.

There are infinite possibilities.

In a study, volunteers felt a greater sense of accomplishment and showed an increase in their brain volume for the hippocampus and cortex. The study showed that it could even reverse signs of aging in men.