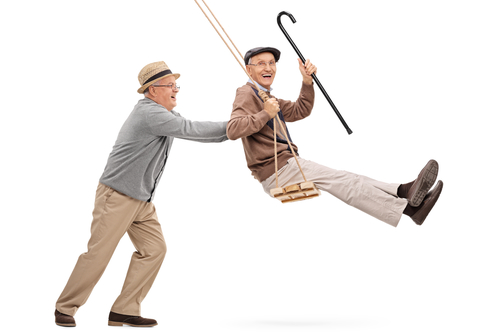 Attitude is everything. When you think positively, the day seems to go your way. Have you thought about your attitude towards aging? It’s not uncommon to have a negative outlook about aging. There can be some downsides. Your attitude affects your health as you get older, so thinking positively will keep you healthier. 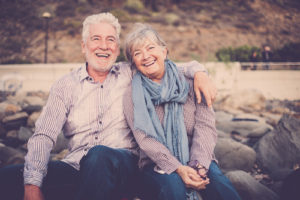 What Do People Think of Seniors Around the World?

According to Orb Media, countries with a lot of respect for seniors had better health among the elderly and less poverty for people 60 and older.

Well in a 2016 World Health Organization survey, 60% of people feel that older people aren’t respected. The survey spanned across 57 countries.

It’s thought the anti-aging industry (AKA anti-wrinkle creams and the like)  is partially to blame. The industry promotes the fear of aging and that looking old is terrible.

Your Attitude Affects Your Health as You Age

Becca Levy, a professor of public health and psychology at Yale School of Public Health, interviewed 660 people from Ohio. The interviews were done over 20 years, and the team compared them to mortality information.

The team found that people with positive attitudes towards aging lived 7.5 years longer than others with negative attitudes.

Levy believes the significant difference is due to how positive thinking can affect psychological, behavioral, and physiological mechanisms in the body. Positive thinking can make it easier to live a healthier lifestyle, like eating better and exercising.

Positivity can also make people more resilient and able to cope with stress better. Stress has been established as a contributor to memory loss and brain shrinking. Depression and anxiety were found among people who had negative thoughts about aging.

A different study found people with a positive attitude had less cardiovascular disease. They also produced less cortisol, which is a stress hormone. There were also findings of less frequent dementia.

Which Countries Have the Most Negativity?

Countries with high income and are highly industrialized have more negative attitudes towards the elderly. Rural countries have a higher level of respect because seniors can work longer and contribute to the economy.

The USA is in the bottom 10 percent of people who view seniors with respect.

Negative attitudes towards aging can start developing as young as age 6.