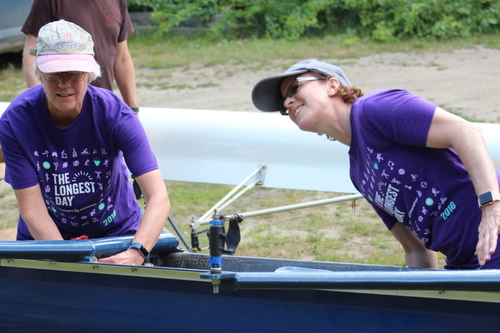 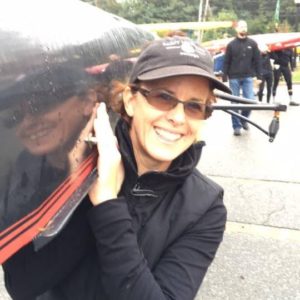 The point of “The Longest Day” is to spend the longest day of the year, June 21st, doing something you love. All over the country, teams signed up for different beloved activities. For Judy and her friends, that activity was rowing.

They had actually manage to surpass their original fundraising goal of $5,000 and almost made it to $8,000.

Judy especially liked rowing for this fundraiser because there is no cure for Alzheimer’s. All you can really do is stay active, social, and learn new skills or language to keep your brain active.

Rowing has all those components.

The first half of the day, they rowed singles. The second half was dedicated to doubles. They chose 25,000 meters because it was hard.

“It needed to be hard enough because Alzheimer’s is hard,” Judy said. It’s hard on the patient, caregivers, and loved ones. “It had to have meaning.”

They named their team the Clarity Crew: Rowing to Remember.

Judy’s Connection with This Disease

For those who don’t know, Judy’s mom was diagnosed with vascular dementia after a stroke in 2012. Her aunt also has Alzheimer’s.

The struggle that both her mother and father gave her the idea for Seniors Helping Seniors NH. SHS NH has helped hundreds of clients and around 60 to 70% of them had some form of dementia.

Read more about Judy’s fundraising in the Nashua Telegraph here. 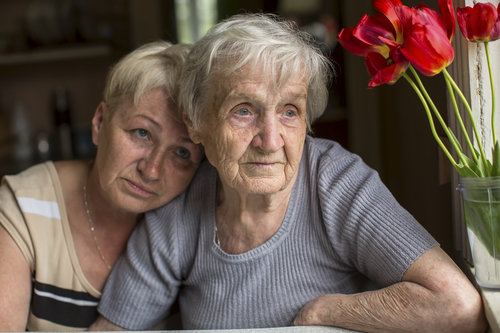 A fairly recent study done by the University of California looked into the ties between depression and dementia. Their main focus was on mid-life and late-life depression. They believed that there is some sort of relationship between the two that could help with early detection and care for dementia. 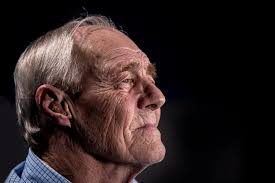 The Ties Between Depression and Dementia

The study was long and with a large pool of participants. The study was over the course of 45 years and had 13,535 people. The way they were able to do this was through a program called Kaiser Permanente Medical Care Program of Northern California.

Participants got a voluntary health examination called the Multiphasic Health Checkup (MHC) in San Francisco and Oakland during 1964–73 when they were 40–55 years old.

As part of the mid-life study, participants were asked if they felt unhappy or depressed for long periods of time. Those who answered yes were considered depressed.

The study’s authors also checked health records to see if anyone was hospitalized due to depression. Late-life depression was determined through electronic medical records provided by Kaiser.

Dementia diagnoses were determined through electronic records as well during the years of 2003 through 2009. Participants were classified into one of four depression groups: no depressive symptoms, mid-life only, late-life only, or both.

Depression that comes for the first time late in life may reflect the earliest symptoms of dementia in some individuals. According to the study, it’s possible that earlier recognition of dementia could facilitate better management of healthcare through earlier treatment with memory-enhancing agents, when they are most likely to be effective, as well as greater involvement of caregivers, simplification of medication regimens and earlier discussions regarding goals of care. 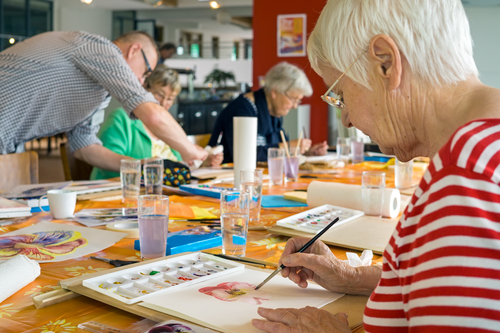 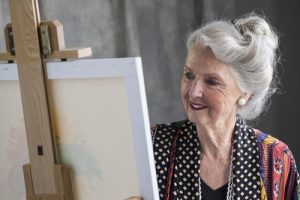