On the latest segment of “Caring for Seniors” on Girard at Large, Judy and Rich discuss mindfulness and resiliency in seniors. This topic was inspired by Judy meeting two women at a recent charity event that Judy attended for The Alzheimer’s Association. One woman is coping with her husband’s younger onset Alzheimer’s, in addition her sister passed of breast of cancer a couple months ago. So even though she has every right to be miserable, she was there at the fundraiser mingling. The other woman has been on the journey of her husband having Alzheimer’s for a while now and she has been staying strong and trying to make the best of it. 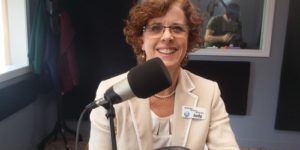 Mindfulness and Resiliency in Seniors

Resilience can come in all shapes and sizes. This makes Judy think about what brings a person to this point of resilience? How is it important to not only senior care, but the seniors themselves? Aging can create a great amount of stress because we are living longer and facing more difficulties.

Judy goes on to surprise Rich and say that resiliency wasn’t even studied until after World War II. Psychologists noticed there were many orphans after the Holocaust that were doing better than other children and they wanted to know why.

There was a huge study in Hawaii of 700 children whose parents were extreme alcoholics. What they found was a third of them were doing exceedingly well than the other kids. Scientists wanted to know what makes one more resilient than another and can we change our ability to be resilience.

We can teach resiliently. If we go down a fear based path, meaning always asking “Why me?” and “What if?” then that strengthens those pathways, causing us to be less resilient. MRIs can see how our brains work and how blood flows as our brain changes.

Another study was done on Navy SEALS, found that the SEALS will move more quickly from the prefrontal cortex, where cognition and planning is housed, to the amygdala, where are emotions are stored, and then back. People with depression and anxiety tend to be slower.

This brought up mindfulness, it’s estimated that 40% of the time we are thinking about something other than what we are working on. A study showed that Marines who use mindfulness training for four weeks found their stress response to be much lower and performed better.

Mindfulness is staying in the moment, and is easily connected to resilience because we can change our brain. We can learn how to be resilient.