After a heart attack, you are usually prescribed medication to stop any more from happening. While it can help prevent heart attacks, it could also make you frailer. 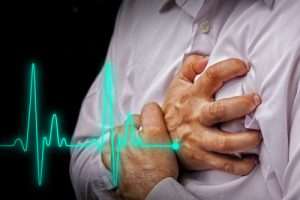 After a Heart Attack, Medication Could Impact Function

A study found that within 90 days of a heart attack, seniors who took three or more medications were less likely to die than those who took one. Functional decline happened more often with people who took a lot of drugs, though.

Different types of medicine that used after a heart attack are blood thinners, anticholesterol drugs, and blood pressure drugs.

There’s little evidence about the effectiveness and safety of the frailest seniors taking these medications. Because many people are older when they have a heart attack, seniors represent a big part of the group that will take secondary prevention medicines.

The researchers looked at Medicare claims data between 2007-2010 for over 4,700 nursing home residents over 65.

The researchers compared people who took one, two, or three drugs and saw how they did for the first 90 days in terms of death, rehospitalization, and functional decline.

Overall, there was more than 500 deaths, 1,200 rehospitalizations, and 800 instances of functional decline. The group was around 2/3 women, and half of the group was 84 or older.

Patients who took three or more medications were 26% less likely than those taking just one to die during the 90 days after their heart attack. There was no difference in rehospitalization rates or in outcomes by age, sex, race, or ethnicity.

There were no differences based on a patient’s cognition or functional status. Around half of the group had moderate or severe cognitive impairment. Around 3/4 of people needed help with their daily living activities.

Using more secondary prevention medications was tied with a 30% increase in functional decline.

Future studies will look at the effects of different combinations of medications and what happens when you add over the counter medicines to the mix. Starting and stopping medications is another consideration.