In the early 1990s, around eleven percent of the adult homeless population in the U.S. was fifty and older. It went up to thirty-seven percent by 2003. Now, there are more homeless seniors in America than ever. Around half of this country’s homeless are over fifty. 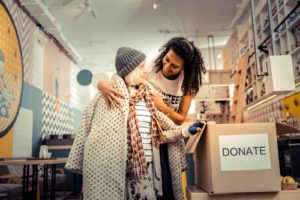 There are More Homeless Seniors in America Than Ever

There could be a light at the end of the tunnel, though. A new research institute was created in July 2019 at UC San Francisco, called the Benioff Homelessness and Housing Initiative. It was funded by a thirty million dollar donation from tech billionaire Marc Benioff. This donation is the biggest private donation ever given in America for research on homelessness.

The mission of the institute is to study homelessness and come up with ways to create housing and services for people. It’ll also collect a library of local and national research, that way policy leaders and the public can understand the issue.

The head of the research institute is Margot Kushel, a Professor of Medicine at the University of California. Her previous research has found that a significant amount of the homeless in Oakland, California, became homeless later in life.

That specific population all had a similar story of both men and women working low-wage jobs and then having something significant happen in their life. Job loss, illness, a new disability, a death, or interaction with the criminal justice system have all been possible causes.

Current research isn’t thinking of homeless seniors. People at high risk of falls are put in danger by bunk beds or shared bathrooms that don’t have grab bars and a slip-resistant floor. Plus, any additional help they need with daily tasks like bathing and dressing is not thought of.

Homeless seniors die at a rate of four to five times what would be expected in the general population. They die from the same causes of other people, but twenty to thirty years earlier.