A new study has shown that a minimally invasive procedure may be able to help with Parkinson’s symptoms. Using magnetic resonance-guided focus ultrasound (MRgFUS), researchers can focus sound energy beams. The energy beams can target parts of the brain. 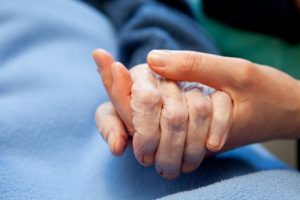 Until now, deep brain stimulation has been the most commonly used procedure to help with Parkinson’s symptoms. It has been somewhat successful. The problem is that it can cause bleeding and infections. A surgeon has to put a small electrode into the brain. The implant connects with a pacemaker-like device in a person’s chest.

With this new procedure, MRgFUS, there doesn’t need to be any incision and has fewer risks.

But how does this work?

The machine is placed on the opposite side of the body where tremors are. So if you have tremors on your right side, the device goes on your left. The machine will then relieve the tremors using focused sound energy.

While this technique is a form of therapy, it’s not readily available. It’s only done in a few places around the world. As this study on MRgFUS spreads throughout the world, patients will be able to advocate for the therapy to be more readily available.

Read more about the study and the machine here.