Ten years ago, when he was a senior in high school, my son, Danny called me at work to say he was going to Montana for college. 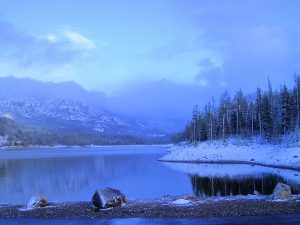 He’d been accepted to Montana State University. Although this wasn’t completely shocking to hear this kind of news in January of my child’s senior year of high school, there was an element of surprise in this case, because I didn’t know he had applied to any colleges at all.

I may sound like an out-of-touch, un-involved mother, this was n’t, and still isn’t, the case. I had encouraged and cajoled Danny for years. From toilet training, to soccer fields, to senior projects, I cheered him on in a continuous manner. I did my share of the expected threatening, rewarding, crying, and celebrating with, and for, Danny. I was there for him.

My parents were there for me too. In so many ways I had a classic, middle class upbringing common to the 1960s and 70s of the television shows. My mother stayed home until it was understood I wanted to go to college and then she took a job as a secretary to supplement my father’s income.

She drove  my sisters and I everywhere we needed to go, sacrificed new clothes for herself so occasionally my sisters and I could have what was in style. We were on a swim team and even went to gymnastics camp for a couple of summers. Like many in my generation, growing up we played outside until the street lights came on and then went in to dinner at 6 pm. We sat together at the table and said grace, and on weekends we had sleepovers.

My husband and I went to visit Danny in Montana in 2007.

It was with Danny that I had my first hot chai latte at a local Bozeman café. It was October and there was a dusting of snow on the local mountain, Bridger Bowl, but not enough to prevent us from doing a little bouldering. Danny talked about a great climb he had with some friends and he wanted to share it with us.

I’m fit and active and third in the line of the three of us, scrambling up a number of huge boulders. Finding the right foot hold and the next place to pull myself up, I felt good and a little excited until I was just shy of the top and I realized I was stuck.

I couldn’t see a way up or down. I don’t like being defeated but I froze thinking about my next move. It was not clear. Stuck and nervous, my heart began to beat faster. I could not make it on my own and began to think about a graceful way out.

Then a hand reached down. A strong hand and a voice I knew, but did not know. My son, Danny, reached down and said “Here Mom, here, take my hand.”

This was not my little boy. Though I watched it happen one year at a time, in my mind’s eye he grew up overnight. I took his hand and he pulled me up, and I realized my boy was stronger than me. The boy I had carried and cared for, could, in one motion, pull me to the top of that rock. Emotionally it still surprises me but intellectually it makes sense. Our children grow up.

In 2013, a year after my mother’s stroke and the onset of vascular dementia, my parents moved from Florida to New Hampshire.

Just 15 minutes from me, I was very involved in their lives. First shopping trips and ice cream outings, then going to all doctor visits so that vital questions were asked and answers remembered.

On 12 different occasions I sat in the emergency room for 7 hours, followed by daily visits to the hospital and rehabilitation. I cheered for increased independence and steps to returning home, eventually, even choosing the right hospice company. These were things we did together.

I encouraged and supported, explained and re-explained. I celebrated a men’s night out for my father and the art projects and spelling bee championships for my mother. My husband took over finances so that my father could sleep at night. Over and over we heard how they did not want to be a burden but how grateful they were for assistance.

I imagine these many moments of having a daughter reach out to say “Here Mom, here Dad, take my hand” caught them by complete  surprise like moment I stood on the top of that boulder, looking at my son.

Knowing how to extend the hand and how to take hold is instrumental in giving and receiving care. A hand too early is unnecessary and rejected, a hand too late may result in falling or turning back without getting to the top. Too little effort in pulling and one may get pulled down, too much and we risk taking away independence and creating a learned helplessness or “excess disability.”

I heard that our children will care for us in the manner we care for our parents. Not long ago, Danny called from California and asked what I was doing. I was sitting in my car at 8:50 pm, outside of a pharmacy, waiting for an on-call doctor at the hospital to fax a prescription for my mother. There was only 10 minutes for this to happen or I ‘d have to wait until morning for medication that was critical to my mother’s immediate health. I joked that Danny should take notes because I expected the same level of care if, and when I need help.

Then comes that image of a hand reaching down.