Older adults start to lose muscles quickly, and it’s nearly impossible to get it back. Many older adults struggle with gaining or retaining muscle through physical activities like working out. Now, a solution could be drinking protein shakes so seniors can build muscles. 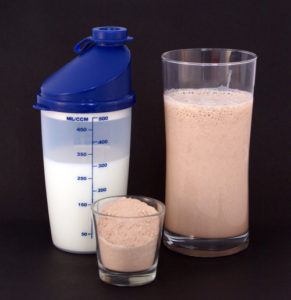 The loss of muscle due to age is called Sarcopenia and can make it hard for people to keep up with their daily activities.

Researchers at McMaster University found that drinking a whey-based protein shake helped increase the overall physical strength in men over seventy. If these men exercise while drinking shakes, they got even stronger.

The study split a group of men seventy and older into two groups. One drank a combination of whey protein, creatine, vitamin D, calcium, and fish oil, while the other group had a placebo for six weeks. After six weeks, the researchers added a twelve-week exercise program and had the men participate while drinking the shake or placebo.

Both before and after the exercise regimen started, the men got muscle improvement. Those who drank the shake gained seven hundred grams in body mass.

Of course, physical exercise is the most crucial part of keeping and maintaining muscle mass. Shakes will certainly help, though.