Judy and Girard discuss about impacting health-spans and fighting functional decline. Top two concerns for people fifty-five and older is their financial health and their physical health. Some people might not realize that both are tied to each other. 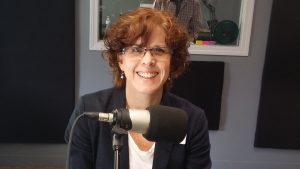 Sixty percent of bankruptcies are due to medical bills. Our physical health has a direct impact on our retirement and finical health. Many people sixty-five and up fall below the federal guideline for activity, which is only two and half hours of moderate activity a week! If you or someone else has been inactive you can always break up the activity time.

After age thirty, our strength declines after one and half percent a year. It doesn’t seem like a lot now but by the time you are seventy you have lost sixty percent of your strength. We loose strength faster than we gain it.

But there is hope, a recent study done on a hundred nursing home residents if different ages, and the residents did an eight week resistance training program and saw a strength increase of over a hundred percent in ninety-year-olds!