Judy is back and this week on Girard at Large, Judy and Rich talk about should the city allow the elderly to stay in their homes? This discussion is sparked by a clip of Democratic Alderman and State Representative Chris Herbert concerning the removal of the elderly from their homes to make way for those who are able to higher tax rates. Judy points out the consequences of removing the elderly and the benefits of letting them stay. 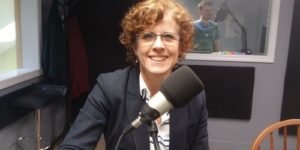 Should the City Allow the Elderly to Stay in Their Homes?

The clip in question was the Alderman talking about removing an 83 year old neighbor from her 350,000 dollar house because she couldn’t afford the taxes. Apparently there is no such extravagant house in Herbert’s neighborhood as discovered by Rich and his loyal listeners.

The clip really upset Judy because she knows that 93 percent of the elderly don’t want to leave their home. Also most of the elderly that Judy helps will tell her they can’t afford a loaf of bread when sitting on a million dollars.That’s because they got to this point by living frugally, so Herbert, if such a woman existed and spoke with him, could have been mislead.

Judy also knows about the trauma that moving can cause for the elderly as she spoke about in a previous segment.

Plus the state would pay for move through hospitalization. The smaller the part the elderly play in the transition, the more trauma they face. If someone truly need to move because they are no longer safe then the transition must be done carefully.

Even if a program that removed elderly from their home existed, there aren’t enough beds in communities. That’s why Seniors Helping Seniors provides care for people on Medicaid through the program called Choices for Independence.

The programs helps people who can’t afford to stay in their home, stay in their home. Seniors Helping Seniors can come in just for 15 hours a week to help with errands, bathing, and meal prep so they can stay.

Plus no matter what, staying home helps improve their quality of life, it’s their home. They have created a life here, they raised their family here, and they are most comfortable here.