You know that drinking a lot of soda is bad for you. When you have a craving for soda, you probably reach for a diet one. If you are an older woman, you may want to think twice. A new study shows that diet soda and artificially sweetened fruit juices are raising older women’s stroke risk. 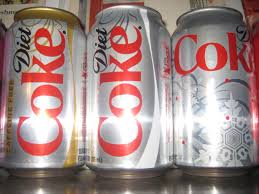 The study tracked around 82,000 postmenopausal women. These women drank two or more diet drinks a day. They saw their overall stroke risk rise by 23% compared to others who didn’t drink as much.

They studied these women for around 12 years. After three years, they were asked how much diet sodas and fruit drinks they had over every three months.

They didn’t keep track of the brands of the drinks or any artificial sweeteners they used.

Two-thirds of the women in the study admitted to drinking diet sodas not often, less than once a week or never. Only around 5% were found to drink a lot (2 or more a day) of artificially sweetened drinks.

What Does Diet Soda Do?

Why the concern? Blocked arteries are the main reason. Drinking a lot of diet drinks has been linked to a 31% percent greater risk for an ischemic stroke. A clot triggers this.

The study did take into consideration other risk factors, like their blood pressure, smoking history, and their age.

Drinking a lot of soda can raise cardiovascular risks in different ways. Women who drank two or more diet beverages a day saw their risk for developing heart disease go up 29%. They were also 16% more likely to die early from any cause.

Obese women and black women with no history of heart disease or diabetes pushed clot-driven stroke risk up to twofold and fourfold.

The author of the study does want to acknowledge that the association doesn’t mean causation. Though the findings held up even when taking into account the nutritional value of the participants’ diet.

It’s not known yet if these drinks affect men or younger women, however.

So what does this all mean? Diet drinks aren’t as tame as we thought them to be. If you can, you should probably start limiting your sugary drink intake.