Do you have anyone in your life that needs hearing aids? It’s not an uncommon tool that’s needed as you get older. Despite this, there is a trend where people who are hard of hearing are refusing to wear their hearing aids. 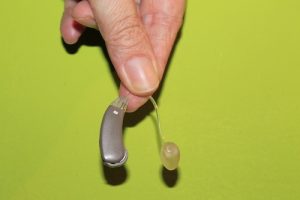 How Many Seniors Need Hearing Aids?

Around a third of adults between 65 and 74 need hearing aids. Half of those that are 75 and older need these aids as well.

Only around 20% of these people who can benefit from the aids actually use them.

A big part of this trend is that people don’t want to get aids adjusted by an audiologist. Without an adjustment, the aids won’t work as well.

People who use prescription hearing aids or over-the-counter personal sound amplification products (PSAPs) don’t like the stigma that comes along with using these aids. They could also be bad with technology and not want to be seen as a stereotypical old person. Finally, it could be a matter of not being able to afford the extra cost of an appointment.

A lot of people don’t buy them because they can cost anywhere between $2,200 to $7,000. On top of the price, both Medicare and private insurance don’t cover hearing aids.

What good are the aids though if seniors can’t afford to get them adjusted? People on Medicaid and Medicare were 41% less likely to use services like an audiologist than people with more money.

Why They are Important

Hearing aids do so much more than just letting you hear better. Hearing loss can cause emotional, physical, and financial damage. It’s been tied to cognitive decline, dementia, falls, and higher health care costs. Overall, those who don’t wear aids have worse health compared to people with good hearing.