Facebook is a great way to connect with friends and family that are far away. In fact, older Americans use Facebook more than any other age group, and scammers know it. Recently, a precious metal scam cheated many older adults, and the worst part, Facebook was advertising scams and didn’t know it. 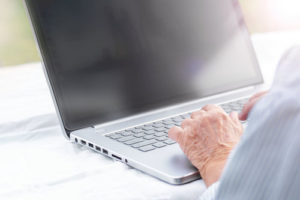 Facebook Could Be Advertising Scams and Not Even Know It

Targeted ads are popping up more on all forms of social media, and some can be more aggressive than others. In particular, a precious metals scam targeted conservative seniors. The ads were created to scare people into buying precious metals to protect their future.

Instead of protecting their future, many seniors were cheated out of their retirement savings. Most of the ads led people to a site called Metals.com, a business that sells gold and silver coins at high markups.

Worst of all, Facebook showed the ads 45 million times even though Facebook claimed that the ads broke their rules.

Metals.com is under investigation for fraud and other related charges, but it’s unknown how much Facebook is involved.

Facebook has an ad targeting system that allows companies to find their perfect customers through specifications like hobbies, location, and marital status. It’s easy for Facebook to do this because, in some ways, you give the information yourself by just being you.

While Facebook doesn’t sell your information, it does chop your information into segments and sell those segments. Segments can be based on age, gender, political leaning, and the wealth of your neighborhood.

This system has made billions for Facebook, but it appears the company struggles with controlling what goes out into the world.

While it makes legit companies find customers easier, it also makes scammers find their targets is easier too. Somehow Metals.com was able to funnel people to their site without triggering Facebook’s rules.

The ads for Metals.com used Facebook’s system to their advantage. They limited the ads to Americans fifty-nine and older. Why? Because they are the people whose money can be moved out of retirement accounts easily and are more afraid for their future.

Then they asked Facebook to show the ads to users in a handful of political segments, targeting those who categorized themselves as conservative or very conservative. It also targeted those who had interested in the Republican party or conservative media personalities.

By being able to narrow down their range of targets, the scammers got their cake and eat it too. They were able to be out in the world enough to find their targets, but still not get caught right away.

Read more about the scam and how Facebook ads work here.