Genetic screening reps have appeared at health fairs and senior communities to talk to seniors. They have a pretty sweet offer, find out if you or your family are at risk of developing cancer by doing a free cheek swab. As the old saying goes, if something sounds too good to be true, it probably is. Investigators are saying that genetic testing is a new form of health fraud. 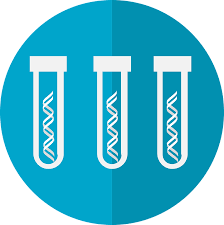 Genetic Testing is a New Form of Health Fraud

Genetic testing is bringing millions of dollars a year in unnecessary tests that target seniors. The Department of Health and Human Services has seen an increase in calls complaining about these tests. In 2018, they only got one or two calls a week. 2019 shows them getting as many as fifty calls a week.

Medicare payouts for genetic tests jumped from 480 million in 2015, to 1.1 billion in 2018. These numbers don’t include any Medicaid payouts either.

What makes it a scam, though?

Marketers get seniors to turn over their Medicare or Medicaid info, then they will get a free cheek swab that will help them understand their risks and health secrets. Doctors sign off on the tests, and the genetic companies rake in the money.

The thing is, many of the tests aren’t relevant to the patient’s history. Sometimes doctors sign off on these tests without talking to the patient, either because there isn’t enough time or possibly getting a cut of the money from the genetic company.

Seniors get little to no benefits from these tests.

How to Prevent Getting Scammed

With the rise of many different genetic companies becoming mainstream, it’s easy to get scammed. Make sure that your doctor is the one that orders the test and don’t respond to any companies offering a test for free.