Sometimes seniors struggle with their weight. Whether it’s that they’ve gained weight from lack of moving or lost a lot of weight due to lack of appetite, it can be dangerous for them. A study in South Korea found that huge weight changes can increase dementia risk in seniors. 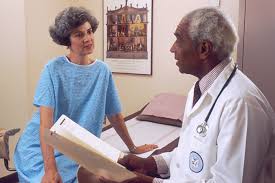 A team of researchers from the Republic of Korea studied BMI and dementia changes over two years. They looked at 67,219 people aged between 60 and 79. They noted the participants BMI changes in 2002-2003 and 2004-2005. The difference between these two years represented the BMI changes.

Other factors that were measured included socioeconomic status and cardiometabolic risk factors.

After two years, the researchers monitored the participants’ dementia incidents for five years. After five years, 4,887 men and 6,685 women showed signs of dementia. This proved that late in life changes to BMI can affect both sexes. Massive changes equal a two percent increase or decrease in BMI.

It’s shown that those with stable BMI had a lower risk of dementia than those with fluctuating BMI.