The senior population is notoriously vulnerable to scam artists. In California, a taxi driver thought something was wrong when his older passenger said she needed a ride to take out $25,000. By listening and caring, he saved the senior from being scammed out of a large amount of money. 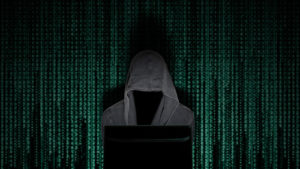 Taxi Driver Saves Senior from Being Scammed Out of $25,000

Rajbir Singh, the taxi driver, picked up a 92-year-old woman and started to talk to her. She told him that she had to settle a debt with the IRS and told him about the large amount of money she planned to take out.

He warned her that it might be a scam. As the 92-year-old passenger chatted with him, she told Singh that someone called her and asked for money. He asked if it was a family member.

It turns out it wasn’t, and she gave Singh the number of the person who claimed to be an IRS employee. When he called, the person said they didn’t know the woman. When Singh pressed the phony employee, they ended up hanging up on him and blocked him.

She still wasn’t convinced it was a scam, so Singh convinced her to stop by a police station to talk to them. The police agreed that it was most likely a scam.

Singh is an incredible man because, at any point, he could have given up and let her go on her way. He didn’t, though.

The IRS scam is one of the most common that the senior population has to be wary of. In another article, we discuss the top ten scams to be aware of.