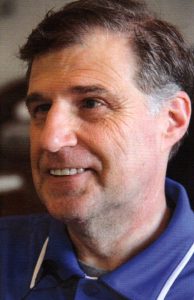 I briefly looked in to the saying “things come in threes.” It is a phrase we go to when something is out of the ordinary, everyday routine of life. We often say this with a bit of fear and trembling if we are early in the set of three, or with a sense of “see, I knew it” if we are on the far side of the triple whammy. I looked at Wikipedia and at English Language and Usage on Stack Exchange to see how old the saying is and if there is any truth in it. Wikipedia had many flags of caution so I moved on and found the following on Stack Exchange:

“The appeal of the trinity in Christianity and other religions, the philosophical triad of thesis, antithesis and synthesis, and even the setup of many jokes seem to stem in part from a natural resonance with the number three. (A priest, a minister and a rabbi go into a bar and …, or a physicist, an engineer and a mathematician are asked how to … .)” http://english.stackexchange.com/questions/299868/death-comes-in-threes-origin

This has been a season of change and loss in my life and there is much emotion to sort out and contend with. In July, after the death of my father, the thought crossed my mind “do these things come in threes”? Since it was the first, I discounted the rule of threes.  Then the second death occurred and the thought appeared again accompanied by prayer that this saying is not true. But when the third death arrived, I actually hoped for some veracity to the saying. With the passing of three people I love, if the saying is true, that these things do come in threes, then I am finished with this season of loss. At least for now.

My father passed away in July and my mother in October. Wedged between them, in September, was a gentleman who worked for us for a short time and his is the story I want to share now. I am sharing David’s story because I am not quite ready to write about my parents and because David’s story is the story of a small miracle and a big impact.

I only knew David for a few months and even my husband knew him only for a year and a half. Still, we both loved him.

We loved him for his unique brilliance and his unique communication style, which was one of a slow cadence for three or four words, followed by a hurried end to the sentence, often speaking with a sense of irony and self-deprecation. He thought of himself as a large man and often wore a size 42 jacket when in fact he was a size 38. He was the smartest man in the room but you never felt him speak down to anyone. He had a Master’s Degree and for a while in his life he taught at the associate’s level.

We loved him for his gratitude and his ability to champion others, his ability to give his best under difficult circumstances, always somewhat apologetic that what he was giving was not more. Later we found he was a family man, visiting a sister and her children every Sunday and an aunt at least once a week. Another trait to love in him. He was a caring and kind nephew and Uncle.

David happened to be teaching at a local college when things began to fall apart. He described a breakdown.  Whatever the circumstances, he walked away from his job and that meant he lost his apartment. On that day, he packed some belongings and walked away from everything and everyone.

He walked to the airport on a cold day in January, 2015 and spent a month sleeping in the airport garage during the night and staying warm inside during the day. He lost his identification. He lost everything.

After a month, he decided to begin to walk south. Heading to Florida he was able to walk ten or fifteen miles until it began snowing. This was the winter of 2015, the winter of record breaking snow.

David realized he could not go any further so he stepped off the road and was going to lie down to die. But I believe God had another plan because a police officer in a patrol car saw him lying in the snow bank and picked him up. In the emergency room, David was able to identify himself. Had he died, he would have been a John Doe, an unknown person lost to the cold winter.

He reported that they warmed him up and sent him to the rescue mission. And that is where my husband Randy met him. David had entered the disciple program and found a home at the Southern NH Rescue Mission. Every Saturday Randy ran a Bible study there. David asked questions, explored answers, and eventually made a decision to believe. Randy mentored him and they met every Tuesday night.

It was spring of 2016 when Randy suggested bringing David to work for Seniors Helping Seniors. He would continue to live at the rescue mission but come to work every day and manage our training program and quality assurance initiatives. It was an internship and a step towards life outside the mission. It would have been a full time job in January 2017.

David loved his job and it showed. He worked hard and was animated and thoughtful. He was always grateful and kind and caring. He was perfect for the job. At one point, just as my father had passed away, our partners were in Africa on a mission trip, and it was just Randy and David in the office, David said “Randy, I am at the epi-center of your business!” He was happy.

But by August David’s demeanor was different. He began to stare vacantly at his computer screen and his production slowed. He had to be encouraged when he had always been the encourager.

We were worried and, with much convincing, David went to the doctor. Things moved quickly after that visit. David had advanced colon and liver cancer. Ten days after diagnosis he underwent surgery to remove a tumor from his colon but the surgeon could not take any tumors without risking immediate death. David had endured advanced cancer quietly at his desk, never complaining while in severe pain.

David gave the director of the mission permission to reach out to the sister he had not seen in 18 months and his family came to be with him. We went to the ICU that night. David felt relief that his secrets were out. The family who had spent 18 months searching for him was at his side. His brother, a priest in North Carolina received the news and raced to the airport. Landing in Boston, he rented a car and drove to David’s side. Entering the room, he dropped to David’s side and held his hand. This brother turned to hug his other family members, then turned back and David passed away.

David was a family man, a brilliant, caring person who delighted in his return to work and to a life he could believe in. Going in to surgery he shared that he believed that he could rest in God’s love for him. David had faith that he would be ok no matter the outcome. David had peace.  That night, just after surgery in the ICU, David shared that Seniors Helping Seniors had been providing care to his aunt, the woman who he visited each week and had cared for. God saved him in a snow bank, sent him to a mission, and then brought him to work for the very people who had stepped in while he had stepped out. And in the end we all came together in love for David.

To listen to Judy’s radio program that was dedicated to David Dionne, click here.

7 comments on “Things Come In Threes”