The United States Department of Education says that one in five adults have low literacy abilities, meaning around 43 million adults. New research is suggesting that illiteracy could increase dementia risk in older adults. 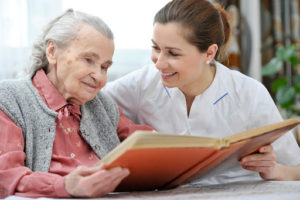 Jennifer J. Manly, Ph.D. of Columbia University Vagelos College of Physicians and Surgeons, was in charge of the study. She explains the connection between reading and brain health.

“Being able to read and write allows people to engage in more activities that use the brain, like reading newspapers and helping children and grandchildren with homework.”

Using your brain in this way has been shown that it reduces the risk of dementia because it keeps the brain active and flexible.

In the study, Manly and her team surveyed and tested 983 people living in New York with low levels of formal education. Most of them had been born and raised in rural parts of the Dominican Republic. On average, the people were 77 years old and had gone to school for a maximum of four years.

Asking the participants if they ever learned to read or write, they discovered that 237 people were, illiterate and 746 were literate.

As a baseline for the study, participants had medical exams and took tests that focus on memory and reasoning. The participants then retook these tests every 18 months to two years for an average of four years.

After adjusting for factors like socioeconomic status, age, and cardiovascular conditions, the study shows that people who are illiterate are twice as likely to develop dementia than those who can read and write. They also found that literacy was linked to higher scores on memory and thinking tests overall.

Even if a person was in school for only a few years, having the ability to read and write can make a huge difference.