It’s easy to take the ability to hear for granted, but once a person loses their hearing, their whole world shrinks. If someone doesn’t get it treated, they can eventually cut themselves off from the world because it’s too difficult to communicate. 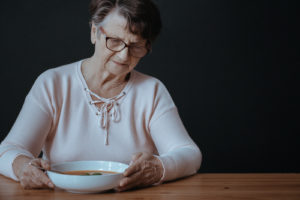 Not Getting Hearing Loss Treated Can Lead to More Isolation

We’ve discussed before about how many older adults don’t get their hearing loss treated and refuse to get hearing aids. To sum it up, the main reasons are money, stigma, and the difficulty of getting them adjusted properly.

Hearing loss affects one in five people and is connected to loneliness. For every decibel drop in perception in people under 70, it increases the odds of becoming incredibly lonely by seven percent.

For a long time, hearing loss was considered harmless in the grand scheme of things. Medicare still treats it like a normal part of aging and not a medical problem. Meaning, they don’t cover hearing aids.

In the last decade or so, researchers have been studying it as a medical problem. It turns out there are consequences that nobody thought about before.

Why Hearing Loss needs to be Treated

Hearing loss can increase the risk of dementia by fifty percent, depression by forty percent, and falls by thirty percent over a ten year period, according to a study published in 2018. This is on top of the isolation and loneliness that it causes.

In 2018, John Hopkins scientists did a randomized controlled trial to figure out if hearing treatment could help with cognitive decline. They found that getting treatment could prevent up to nine percent of the more than 47 million dementia cases in the entire world.

The trial is still happening and is expected to finish in 2022. The scientists also plan to see how hearing treatment affects loneliness.

It’s not known why hearing loss contributes to dementia. There are several theories in the works. All that really matters is that getting it treated makes a world of difference for people in so many ways.